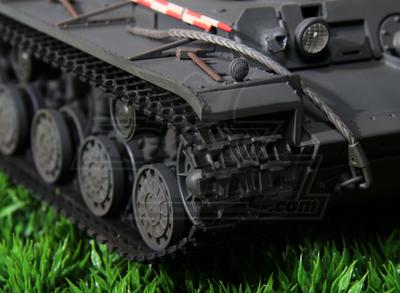 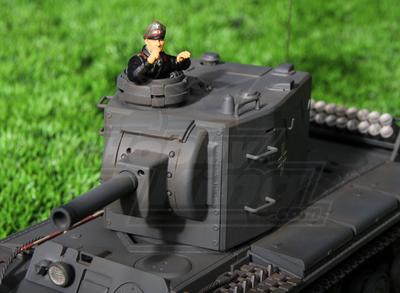 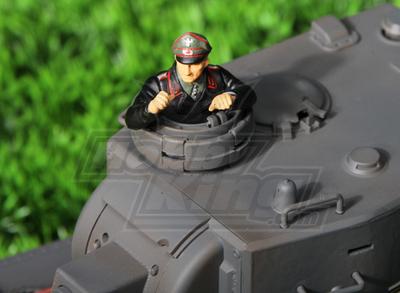 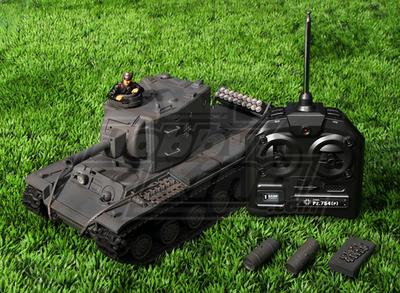 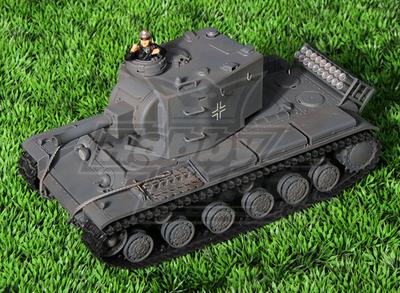 The Kliment Voroshilov (KV) tanks were a series of Soviet heavy tanks named after the defence Commissar and politician, Kliment Voroshilov. The KV series were known for their extremely heavy armour, capable of resisting all German anti tank shells including 75mm and even the 88mm calibre. This full working scale model represents a captured version used by Germany in defence of the Krupps Works in Essen in 1945.
This scale R/C replica is extremely well detailed and can travel very quickly making it excellent for battles, 3 forward (straight & turning) speeds are availabe and 2 reverse (straight & turning) speeds. This tank fires Infra Red cannon, making it safe to use anywhere.
The tanks turret rotates 360 degrees, and the barrel can move 60 degrees. The tracks run on spring wheels just like the real tank to enable the Pz.754(r) to clear obstacles easily.
Other features include realistic sound from the built in unit, giving you both engine and cannon sounds, the main cannon has a recoil action and when used in a multiplayer battle, will register hits, and a temporary disable function once it has ben hit several times!
Specs
.
Included.
Pz.754(r) Tank & Radio Controller
Instructions
Scale Accessories 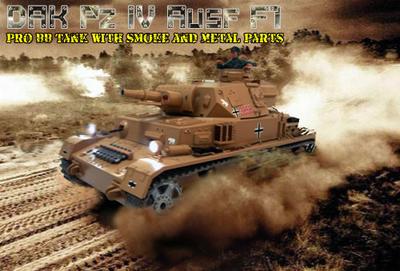 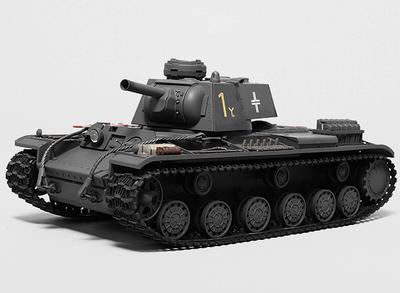