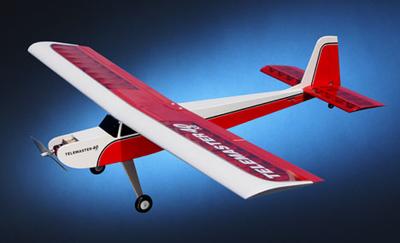 A big leap forward in Telemaster 40 kits
73" wingspan, 53-1/2" long, 848 sq. in. wing area, 96 oz. flying weight, less than 16 oz. per sq. ft. wing loading. The Telemaster 40 V2 is a big step forward in kit built models. It is an updated version of the venerable Telemaster 40 and includes super precise laser cut wing and stab ribs, firewall and motor mount, fuselage formers and the forward section of the fuselage. Combine these precision parts with a complete photo-illustrated step-by-step building manual and you have a satisfying build experience leading to a great flying airplane. The model can be built as a conventional gear airplane or with tricycle gear; it can even be built as a floatplane with our optional float kit (TEL1425).
A unique parts alignment pin system is provided to assure perfect part orientation and to speed the assembly. Each laser cut part pops out of the sheet ready to assemble without any additional sanding or trimming required. Kit includes a universal motor mount that accepts most any appropriate .40-.46 outrunner or . glow motor. There is a large hatch on the top of the fuselage to access the battery/fuel tank. The wing design includes flaps and ailerons and is set up for standard size servos that install directly in the wings. The wing is a bolt on unit, eliminating the hassle of rubber bands. Each kit includes one laser cut model, full size plans, photo-illustrated instructions, aluminum main landing gear, hinges, and hardware. For the tricycle version you will need DUB153 nose gear and DUB614 axel. To fly the Telemaster off water purchase TEL1425, the optional float kit.
(TEL1400)
and the New Telemaster 40 Kit V2
(TEL1450)
. Because of the broad range of building talent within our customer base, we created three different levels of the Telemaster 40 kit.
The Deluxe Kit
(TEL1400)
is ALL laser cut and designed for modelers that may have limited building experience as well as those with a lot of experience. This particular design and building approach is not possible to duplicate in conventional construction. We have taken the precision that is possible in laser cutting and used it throughout the kit, even the wing sheeting is pre-cut to shape and size. The fuselage construction incorporates tab-and-notch construction that makes it nearly impossible to build a twisted or banana shaped fuselage.
The Telemaster 40 Kit V2
(TEL1450)
is the more conventional version and is closer to the original Tele 40 stick built kit while improving it greatly with a lot of precision laser cut parts to speed the assembly and improve the end results. The wing and stab ribs as well as the front fuselage are laser cut as are the fuselage formers, firewall, hatch and motor mount. These parts make this kit a much easier to build project than the earlier kit, but at a higher cost. This version of the Telemaster 40 will build into a lighter version than the Deluxe kit due to the balsa stick construction rather than the lite plywood construction of the Deluxe.
The Ribs and Plans Kit (TEL1499) is our final version for the very experienced builder, one that has a shop full of balsa sheet and sticks. This version is just the laser cut wing and stab ribs along with a new and updated set of plans. The modeler needs to provide all the rest of the parts. Many experienced builders still like to do a lot of the build themselves and really enjoy it. Many of them still would prefer to purchase a perfect set of wing and stab ribs than to cut them themselves. This is the kit for them.
Each of these options gives our customers the ability to choose and pick the option that best suits their interests and abilities. Perhaps one of these will work for you. 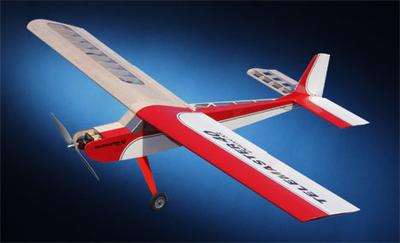 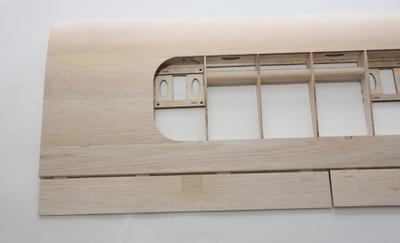 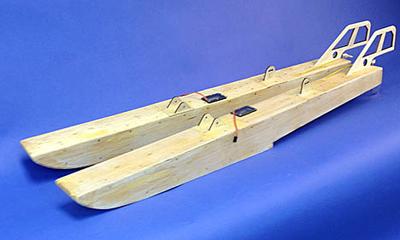 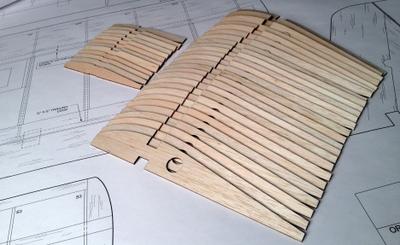