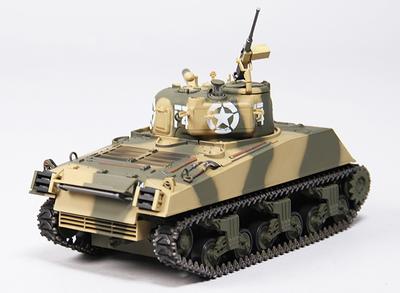 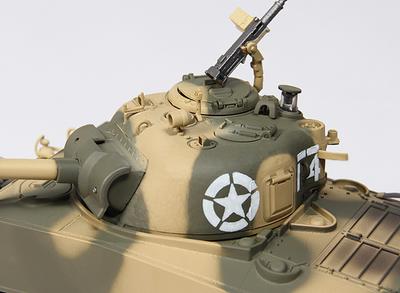 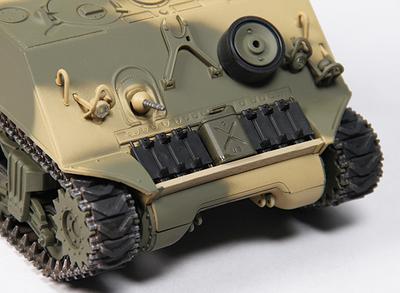 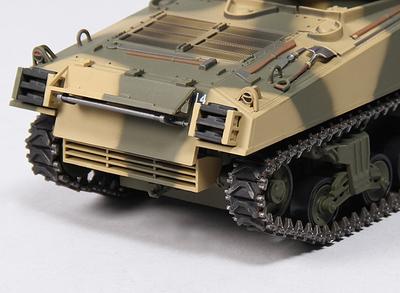 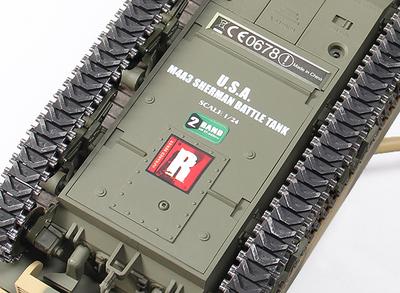 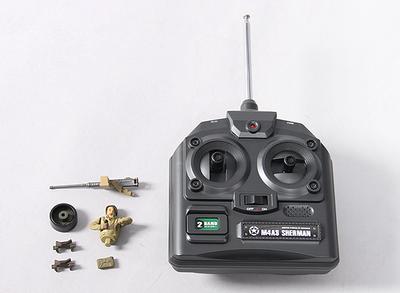 The M4 Sherman, formally Medium Tank M4, was the primary tank used by the United States during World War II. It was also distributed to the Allies via lend-lease. Evolved from previous medium and light tanks, it was the first American medium tank with the main gun mounted on a fully traversing turret.
Production of the M4 medium tank exceeded 50,000 units and its chassis served as the basis for numerous other armored vehicles such as tank destroyers, tank retrievers, and self-propelled artillery.
In the United Kingdom the M4 was given the name Sherman after Union General William Tecumseh Sherman, following the British practice of naming their American-built tanks after famous American Civil War generals. Subsequently the British name found its way into common use in the U.S.
This superb 1/24 scale Battle tank features proportional RC control and is fitted with an Infrared cannon that allows ...