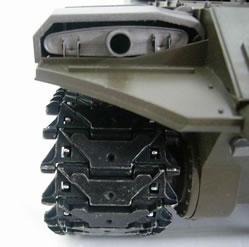 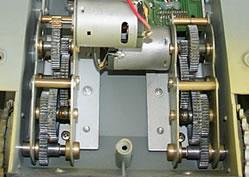 The M41 Bulldog was an American light tank built to replace the M24 Chaffee, the M41 was an agile, well armed tank. These radio controlled tanks have all the features of top of the range tanks such as sound (e.g. gun and start up), smoke generator, bb firing but in addition these Pro Versions are upgraded with metal parts to make them stronger and perform better.

RC Tank
The M41 Bulldog was an American light tank developed to replace the M24 Chaffee. The M41 was an agile and well armed vehicle. The Walker Bulldog saw limited combat with the U.S. Army during the Korean War and was then used in Vietnam by the Army Republic of South Vietnam. The Walker Bulldog was an instant success with South Vietnamese armor crewmen which, combined with the tank's mechanical reliability, simplicity, and excellent handling made the Bulldog a worthy war machine.
This is the new pro version rc tank from Heng Long. Like the standard Heng Long 1/16th tank that can be seen here it has all the great features of a top of the range BB rc tank such as firing sounds, built-in real smoke generator, bb firing, simulative motor start-up sounds, engine sounds, machine-gun sounds and cannon ball sounds. The difference though is that the pro versions are upgraded to make them even stronger and perform better with metal parts.
The most important change on this pro version rc tank is the gearbox that has been replaced with a metal gearbox with metal gears. This makes the rc tank tougher and more reliable. The plastic tracks and wheels have also been replaced with metal tracks and wheels. Not only does this make them stronger but they also look fantastic and add to the realism of the model. Below you can see the metal tracks but also the Bulldog's exhaust. The Bulldog rc tank has a real smoke generator and when used real smoke comes out of this exhaust which looks amazing.
The Bulldog rc tank is almost 2 feet in length! This tank is fully functional with multi-directional driving (and it's fast!), 360 degree turret swivel and the barrel raises and lowers. This tank has a bb gun that shoots standard 6mm BBs and a capacity of 40 pellets. Have a full-on battle with up to 2 of your friends and see who will become the Air soft Battle rc tank Champion. Each Bulldog rc tank can be switched between 3 different channels so the controls do not interfere with each other. 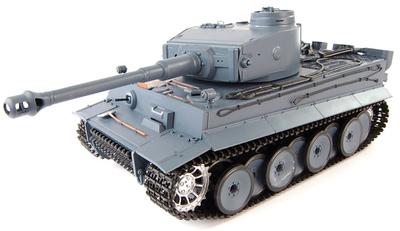 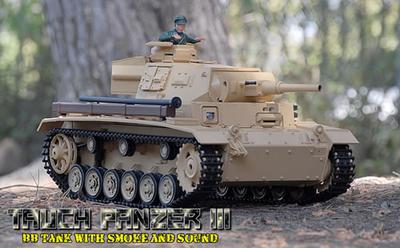