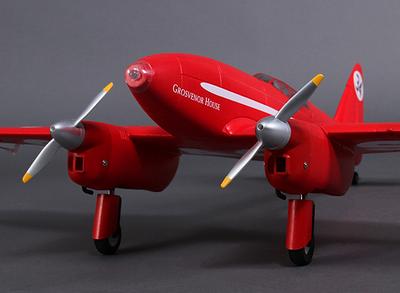 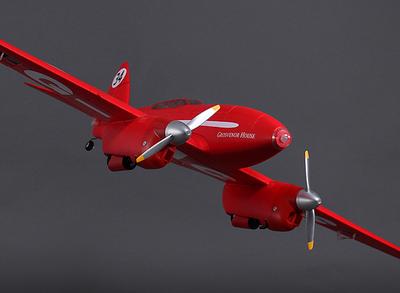 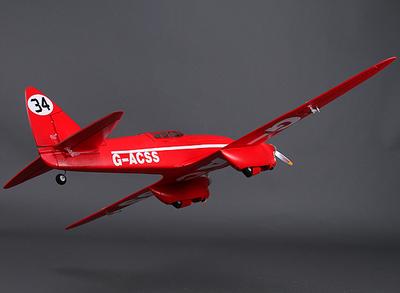 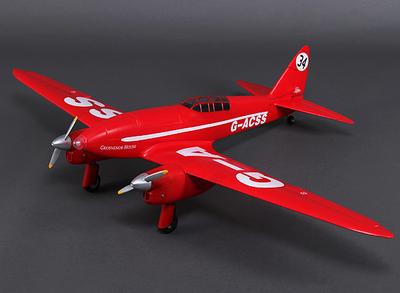 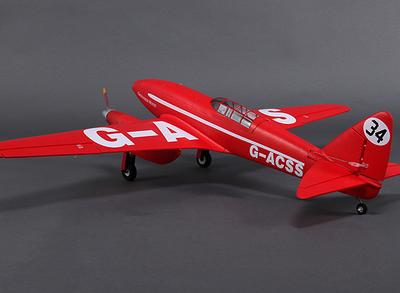 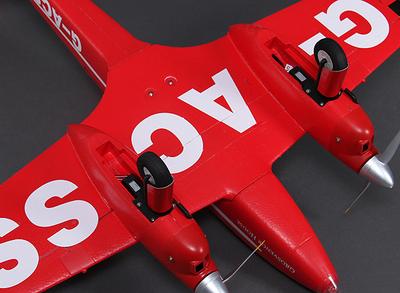 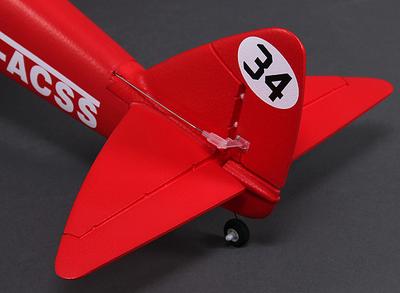 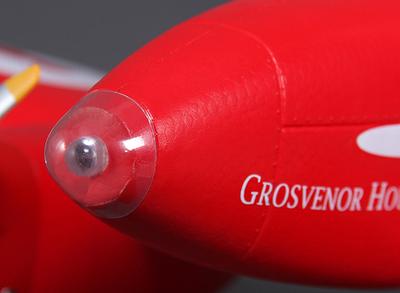 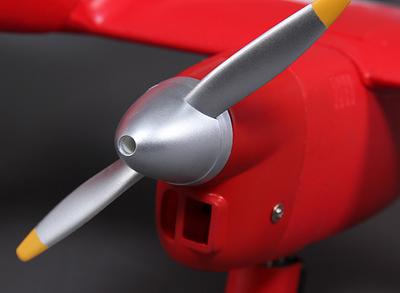 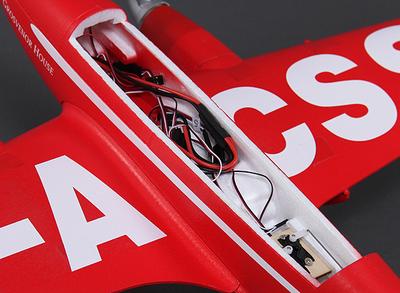 The De Havilland DH-88 Comet was designed to win the 1934 MacRobertson Air Race from England to Melbourne in Australia, the beautifully sleek Comet not only won this event but went on to set several records. Several Comets were built for the race but the striking scarlet "Grosvenor House" comet won comfortably in a time of 70 hours and 55 minutes. It would be fair to say that the DH-88 is probably the most stylish of the Golden Era racers, bearing in mind that most airforces were still flying bi-plane fighters at this time, the Comet, with it's ultra sleek lines and 255mph top speed was a glimpse of the future in the early 1930's, the construction techniques devloped for the DH-88 were later used on De Havillands most famous son.....the amazing Mosquito!
The Durafly DH-88 Comet is a faithful scale reproduction of this most elegant of race planes, it is constructed from tough EPO foam and is nicely painted in a deep scarlet, the final touch is courtesy of the pre-applied white waterslide decals, which help make this model really stand out both in the air and on the ground. All servo's are pre-installed as are the brushless motors, ESC and retracts in the screw on engine naceles. The Comet is very practical, the 1100mm wing is removable for easy transportation and the huge canopy allows for easy & fast access to the ever-popular 2200mAh 3s Lipoly (not included). The scale detail is typical Durafly quality and features scale retracts with a nice slow operating speed, a front landing light, scale exhaust stubs, superbly molded cowls, purpose made spinners and counter rotating props.
The full size DH-88 Comet was designed for speed and as a consequence, didn't suffer fools at lower speeds! Durafly engineers have taken the best of the Comets attributes and managed to build in nice manners at lower speeds, the end result is a superb flying model! The DH-88 was of course designed for racing and the Durafly Comet will not disappoint fans of high speed models, scorching low passes never looked so elegant! Because of the Comet's impeccable manners at lower speeds, there is also plenty on offer for scale pilots and landing's & take off's are drama free courtesy of the counter rotating props and steerable tailwheel. Once again, Durafly have broken the mold and set the standard, just like the full size aircraft, this model has quality, style, elegance and performance, re-live the Golden Era of Air Racing with this amazing DH-88 Comet!
High Speed Model
Excellent Flight Times from 2200mAh 3s Lipoly Battery (not included)
Plug and Fly, simply add your reciever & battery and fly!
Full Four Channel Control
Counter Rotating Propellers
Fast and Simple To Assemble
High Level of Scale Detail
Bright LED Landing Light in the Nose
Scale Looking Servoless Retracts
2200mAh 3s Lipoly (25c Min) 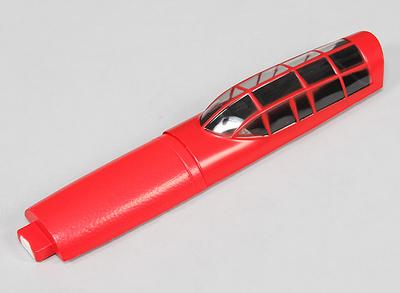 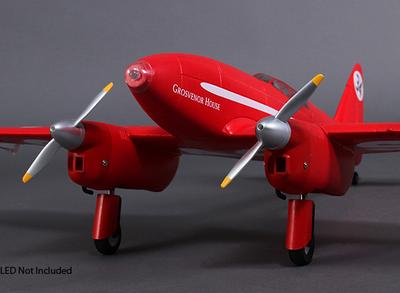 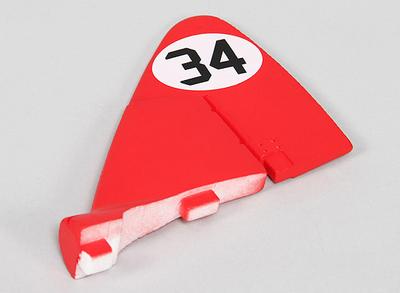 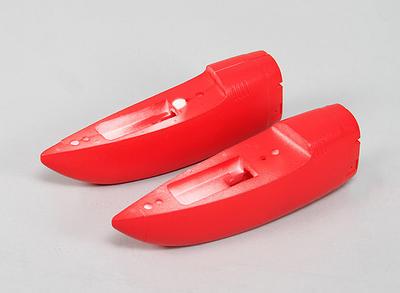 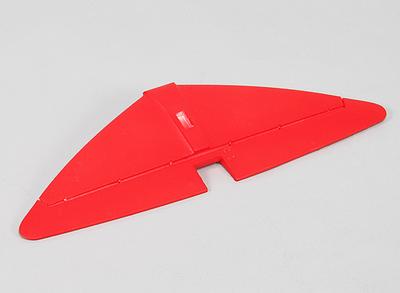