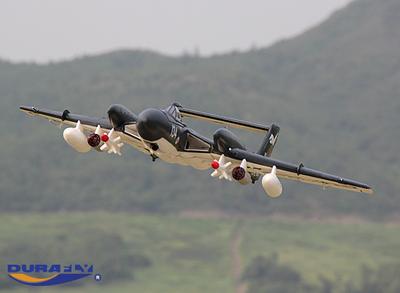 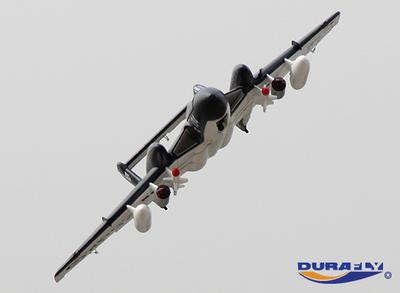 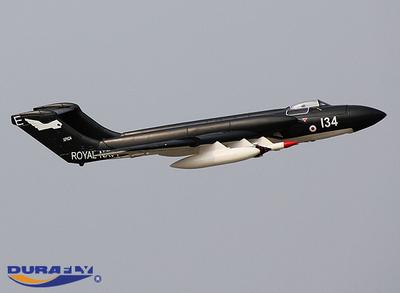 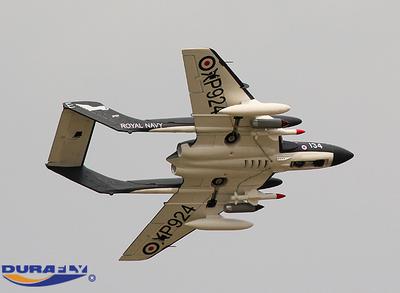 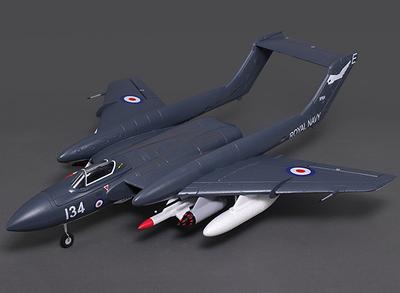 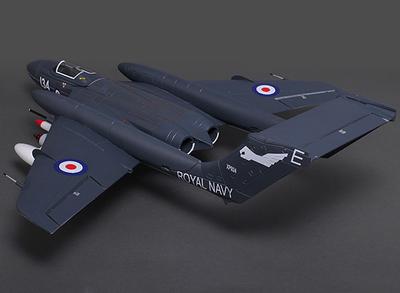 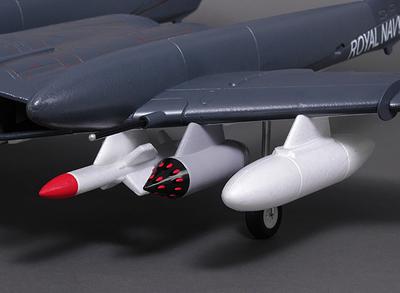 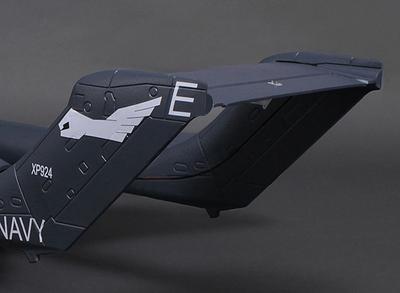 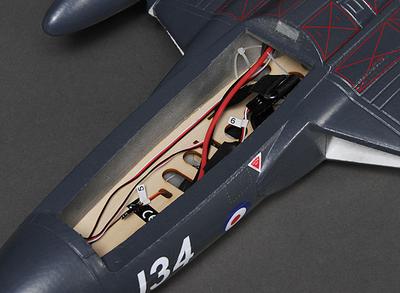 The DH.110 Sea Vixen was an all weather fighter/ground attack aircraft with a very distinctive and unusual cockpit arrangement, the pilot's cockpit being offset and the observer sitting in the infamous "coal hole" which was virtually blacked out and very cramped. The design actually dates back to the 1940's, which is pretty remarkable considering the fact that the DH.110 prototype was the first two seat aircraft to achieve supersonic flight. However, once re-designed for carrier landings, the new thick wing prevented the Sea Vixen from achieving supersonic flight despite the huge amount of power from the twin Rolls Royce engines.
The Sea Vixen is made from tough EPO foam and is beautifully finished with waterslide decals. As well as looking the part, it is easy to assemble and setup. Being Plug N Fly, the EDF unit, ESC, UBEC and servos are all pre-installed. The DH.110 is pre-fitted with superb, scale-slow servoless retracts featuring a metal trunnion and a very positive lock. This combined with the beefy struts and large wheels make this jet perfect for almost any field!
Jets are about performance and the Durafly Sea Vixen is no exception. It handles superbly, tracks well, offers a nice turn of speed at WOT and has excellent slow flight capability thanks to the massive amount of wing area. When you combine this performance with the real presence and ultra-scale detail, the end result is a brilliant model that will satisfy jet enthusiasts and scale pilots alike. The DH.110 even comes complete with optional high-detail drop tanks and ordnance.
Fast, stable, reliable, easy to fly and dripping in scale details, the Durafly Sea Vixen will be a real show stopper at any airfield!
High Detail Waterslide Decals
Power System and Servos Pre-Installed
Scale-Slow Servoless Retracts
Ultra-Scale Detail
Easy Assembly
Optional drop tanks/ordnance
Instructions
3300mAh 4S lipoly battery (25c minimum) 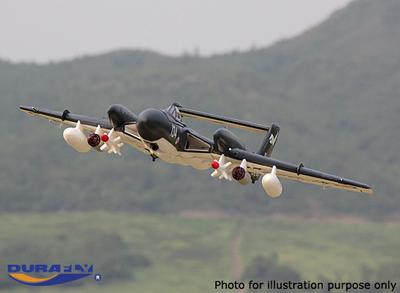 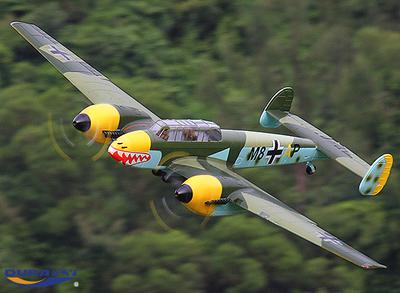 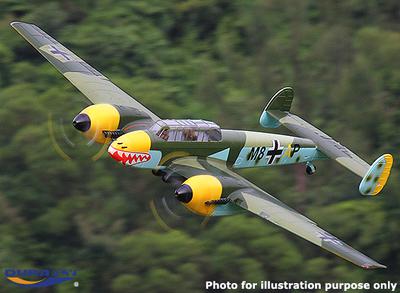 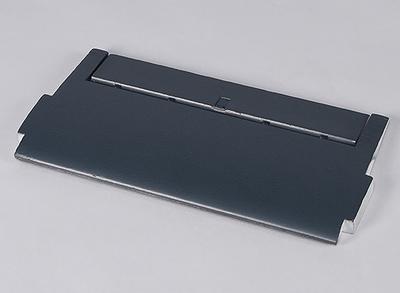 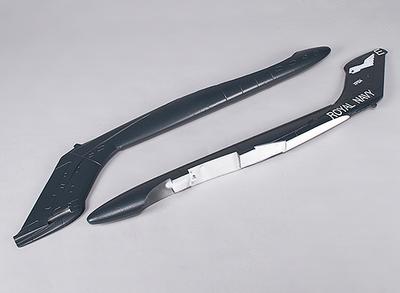