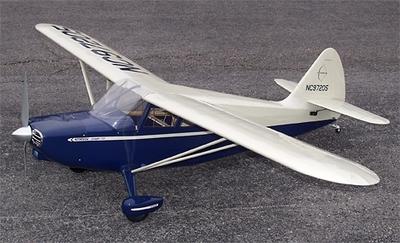 The big Stinson's handling both on the ground and in the air is a total joy, very easy to fly and responsive. For those who want a big elegant airplane that will bring a smile to your face each time you fly, the Stinson is your choice. For 6-channel radio (minimum): Ailerons (2 servos), Flaps (2 servos), Elevator (2 servos), Rudder and Throttle., * Note:, The HUGE box that this product comes in makes it an Oversize Shipment that has to be delivered by Truck Freight. The additional shipping charge is $250.00., Technical Specifications:, Length:, 81", Wingspan:, 108-1/2", Flying Weight:, 19-1/2 lbs., Controls:, Ailerons, Elevator, Rudder, Throttle, Flaps, Wing Area:, 1680 sq. in.,

Classic scale R/C model for gas or electric power
108-1/2" wingspan, 81" long, 1680 sq. in. wing area, 19-1/2 lbs. flying weight. The Stinson is one of the most attractive civilian aircraft of the post WW2 period. It could carry 4 people and do it in style. Our version of this airplane is all built-up conventional wood construction from precision laser cut parts. Each model is expertly built by a single technician dedicated to producing an outstanding model.
The covering is genuine Oracover, known world-wide for its superior performance. The colors are original factory stock paint schemes, either red over cream or blue over cream. In either case the epoxy glass cowl and wheel pants are painted to match the covering. The landing gear is a robust all-carbon fiber unit, suitable for years of use even under adverse conditions. The wings have scale rib spacing and internally driven flaps. Rudder is a pull-pull system and each elevator half is individually driven.
Access to the interior of the fuselage is provided by a large hatch in the center of the wing. Designed for gas motors of 26cc or larger, we built ours with a large AXI 5345 Outrunner brushless motor. Either choice provides you a model with excellent performance. With a 10 cell 6000 mAh battery our flight times are 10-12 minutes with reserve.

Stinson 108 "Voyager"
Introduction and History
The Stinson 108 "Voyager" was a popular general aviation aircraft produced by the Stinson division of the American airplane company Consolidated Vultee, from immediately after World War II to 1950. It was developed from the prewar Model 10A Voyager. Stinson was bought by Piper Aircraft and production continued for a few years at a slow rate under the new owner.
The fuselage was of fabric-covered steel tube. Aftermarket modifiers have obtained supplemental type certificates (STC) allowing conversion to an aluminum covering. Many different engines have been installed in the 108 by STC such as the Lycoming O-360, Franklin 220, and Continental O-470.
One distinctive feature was the partial leading edge slot installed on the wings and aligned with the ailerons on the trailing edge, ensuring that the portion of the wing containing the aileron remains unstalled at higher angles of attack, thus contributing to docile stall behavior.
Total production of the Stinson Model 108 was 5,259. Stinson delivered 5,133 aircraft and Piper delivered 126 aircraft.
Specifications for Full Scale Stinson 108 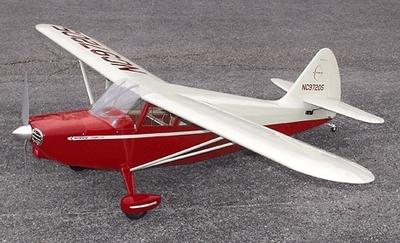 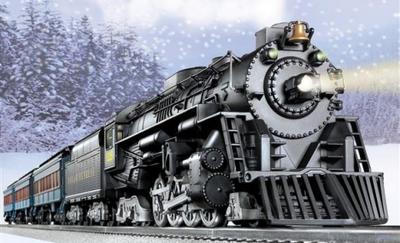 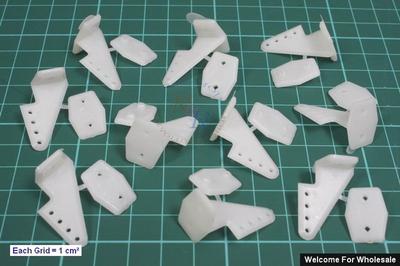