Features:, • Deactivated Mode - In this mode all control is with the pilot and the DoS does not participate, DoS Module Specs:, GPS Module Specs:, The DoS can be installed in the following aircraft:, 1.Normal/traditional fixed wing, Note:, A user manual is available under the Files tab.,

The
FY-DoS
inertial attitude stabiliser is for the stabilisation of fixed wing aircraft. It is aimed specifically at beginners to help and improve their flying skills while enjoying flight safety and ease of operation. It has an intergrated 10 degrees freedom sensor, three-axis digital accelerometer, three-axis gyroscope, three-axis digital magnetometer and high accuracy barometer, it is also very compact and has a high degree of stablility. This unit not only has a
auto-stabilisation flight feature and a 3D flight mode but it also acts as an autopilot with a return to home, fixed altitude flight, heading lock and automated circling when used with the GPS module. The DoS can be used in conjunction with the FY-OSD for FPV flying, connect with a data link and GCS to achieve flight control and monitoring. The DoS is a must for beginners and experienced pilots alike who wish to enjoy stabilised flight and greatly reduced chances of losing or crashing their aircraft.
at all in the flying of the aircraft.
• Stabilised Mode - The DoS will automatically keep the aircraft in a level flight attitude in any
weather conditions, this makes operating the aircraft very simple especially for the beginner, if
the aircraft gets into an out of control situation at any time due to the pilots incorrect control inputs the pilot releases the sticks and the aircraft will automatically recover to stabilised flight.
• 3D Mode - This helps stabilise the aircraft in any attitude, if no input is given by the pilot
(sticks in neutral ...

Found 2 years ago at HobbyKing 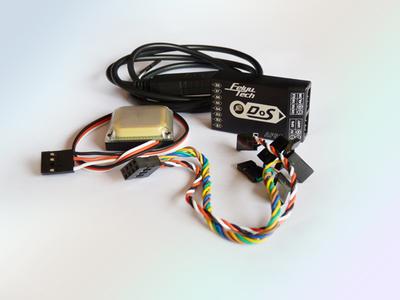 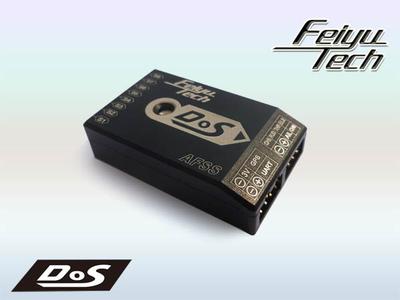 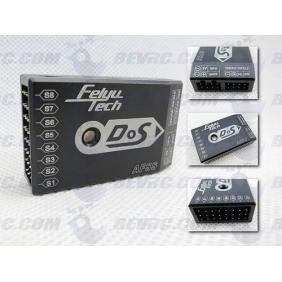